Manchester United have been told they will have to pay a further £40m to seal a deal for Kyle Walker-Peters this summer.

Chelsea want to get rid of Ross Barkley ahead of the upcoming season.

Birmingham are set to announce this week that former Argentina striker Maxi Lopez and businessman Paul Richardson have agreed to take over.

Arsenal’s hopes of signing Lyon star Lucas Paqueta have been given a huge boost, with the Ligue 1 side dropping their over-the-top demands.

Nuno Tavares is reportedly set to turn down a loan move to Marseille this summer, with Arsenal keen to move the defender before the end of the transfer window.

West Ham are hoping to complete the £30million signing of Chelsea striker Armando Broja this week.

FIFA has issued a strict “code of conduct” ahead of the Qatar Winter World Cup, after warning anyone who did not comply would be expelled from the tournament.

Oleksandr Zinchenko will undergo a medical this week to complete his £30m move from Manchester City to Arsenal after agreeing the terms of a contract until 2026.

West Ham have submitted a £30m and add-on offer for Armando Broja and are close to agreeing personal terms with the Chelsea striker.

Eric Ten Hager has spoken to Sir Alex Ferguson about his new job as Manchester United boss, the Dutchman has revealed.

Billy Gilmour is set to leave Chelsea on loan again after being disbanded from first-team pre-season training and former manager Frank Lampard is said to be interested in bringing him to Everton.

Aaron Ramsey is in talks with Juventus to settle the final year of his contract and allow him to sign for another club for free.

Manchester United boss Eric Ten Hager admits he would prefer to go into pre-season with a well-equipped team, ideally including Frenkie de Jong

Timo Werner has hinted that his future could be far from Chelsea.

Martin Odegaard is the first choice and Mikel Arteta is determined to break the Arsenal captain’s curse.

England manager Sarina Wiegman’s battle to recover from Covid in time for tomorrow’s quarter-final with Spain will enter the final stages.

Arsenal are monitoring developments with Juventus midfielder Arthur, who could be allowed to leave on loan.

Brighton midfielder Taylor Richards is a target for QPR and Blackburn Rovers.

Ryan Sessegnon has been building up his physique over the summer to improve his injury record and ready to fight for a place at Tottenham.

West Ham are increasingly confident of signing Jesse Lingard and have submitted a £30m bid for Chelsea’s Armando Broja.

Premier League clubs are ready to agree to a voluntary ban on bookmakers from sponsoring shirts, subject to certain conditions and a transition period.

County Championships in Northamptonshire and Gloucestershire will end earlier today to reduce exposure of players and fans to extreme heat.

Unvaccinated players will be allowed to travel to Qatar for the World Cup without a period of quarantine, but may need to undergo more testing.

The RFU plans to begin trials next season, reducing the legal height of tackles to waist level and using a “smart mouthguard” to analyze results related to head impacts.

Eric Ten Haag has suggested he could build his Manchester United squad around Cristiano Ronaldo, raising the prospect of keeping the unstable Portugal star for the next two years.

Aston Villa could lose millions in transfer fees after Kani Chukvemeka rejected a contract offer to extend his deal at Villa Park.

His lawyers have claimed that new Crystal Palace midfielder Sheikh Dukur was the victim of blackmail and an extortion attempt.

While the Saudi-backed Rebel series prepares to reveal a new name this week, Cameron Smith remains committed to the rest of the PGA season.

Australia are weighing up a shock move by England manager Eddie Jones.

Leeds United have reportedly abandoned their pursuit of Charles de Catelair as the Club Brugge striker would prefer a move to AC Milan.

Frenkie de Jong has taken a clear swipe at Barcelona after ‘liking’ an Instagram post that was openly critical of the club.

Oleksandr Zinchenko is weighing whether to take on a new challenge at Arsenal – or stay at Manchester City and fight for his place. 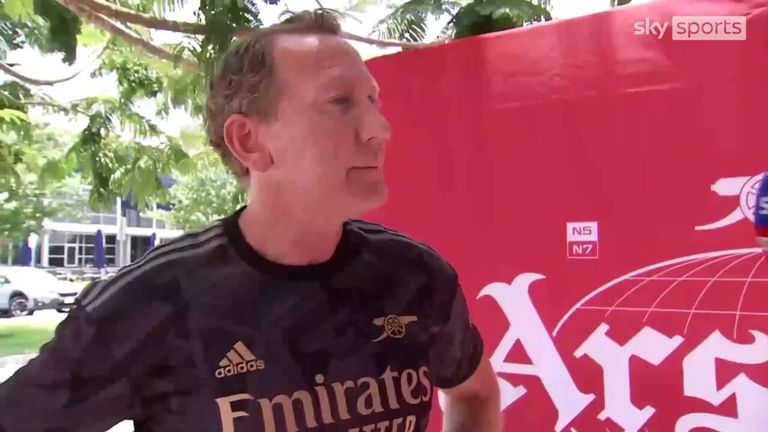 Paris Saint-Germain will try to steal Sevilla defender Jules Kunde from under Chelsea’s noses, according to reports.

Jesse Lingard and Amadou Onana are set to join Armando Broja as West Ham are reportedly on the verge of a blockbuster three-round move.

Highly-rated St Mirren star Dylan Reid has turned down the chance to join Celtic after talks.

Former Rangers goalkeeper Lionel Chabonnier has announced that stylish Saqqara will be joining his other former club, Auxerre.